The Workplace RAP Barometer monitors reconciliation initiatives in the workplace.

Surveys have been conducted every two years since 2012,  and this report shows reconciliation attitudes and perceptions of workplace RAP impact among employees have continued upward trends since 2016 and 2014.

In particular, there have been increases in the level of employees aware of Indigenous staff and awareness of their organisation having a Reconciliation Action Plan. The take-up of cultural awareness training has remained steady, in line with 2016.

Outcomes for key RAP objectives have improved, with 67% of employees saying their RAP has had a positive effect on Indigenous employment opportunities, compared to 59% in 2016. 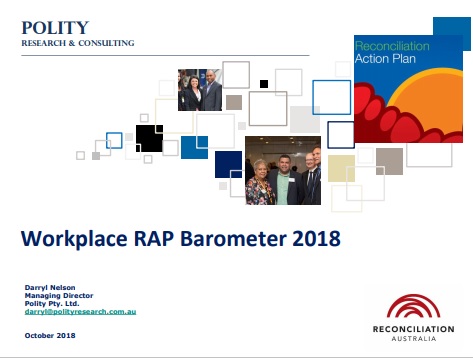