In the 2010 Barometer additional questions were added, which examined the role that business should take in promoting reconciliation and addressing Indigenous disadvantage.

The Barometer reveals that the vast majority of Australians believe the relationship between Indigenous people and other Australians is important for Australia as a nation, with 87% of general community respondents and 99% of Indigenous respondents believing it is “very important” or “fairly important”. However, the Barometer also states the changes found between 2008 and 2010 are generally small (typically less than 10%) and our overall attitudes to reconciliation and Indigenous issues are broadly similar to what they were two years ago.

While improvements in Indigenous health, employment, housing and education are essential for the reconciliation process, equally important, and at the core of reconciliation, is the relationship between the first Australians and those who have come since. 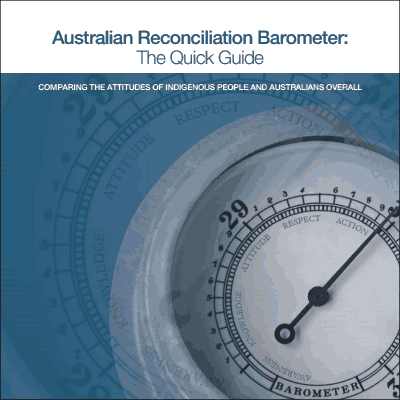